Nearly 7 million people are said to be going hungry in the UK, including 2 million children. That is an increase of 2 million since the pandemic. Research suggests almost half of all children are living in families who are unable to meet the cost of some basic necessities. A major new survey of more […] 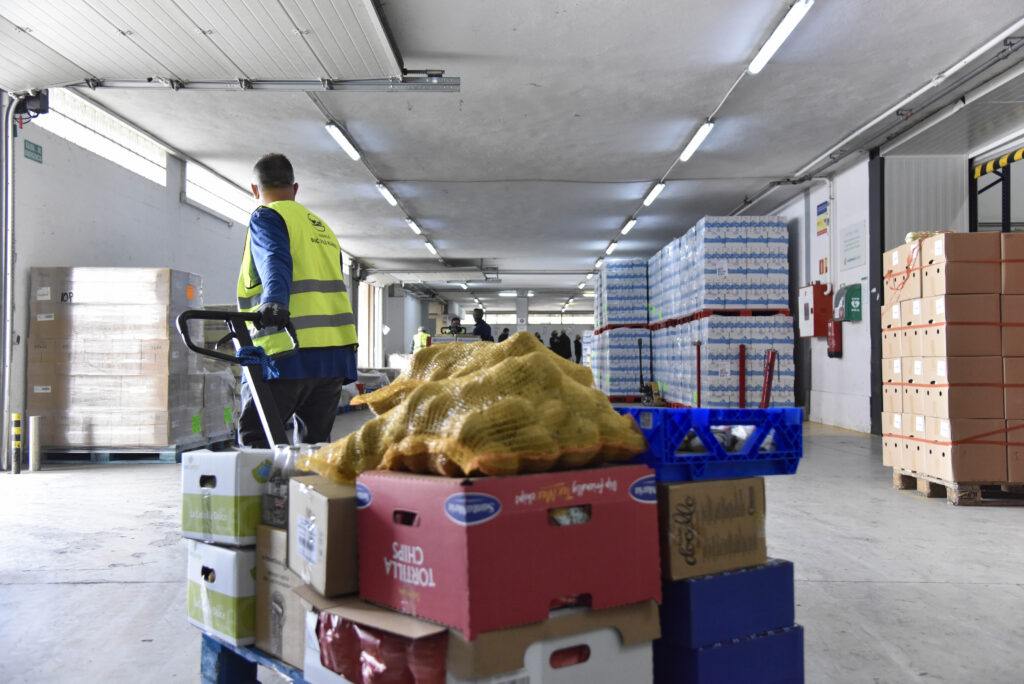 The solidarity initiative “No home without food”, promoted by the “la Caixa” Foundation and CaixaBank, closes its third edition with a total of 1.6 million euros raised for Spanish Food Banks. This amount translates into 1,718 tonnes of basic foodstuffs that the 54 Food Banks associated with the Federación Española de Bancos de Alimentos (FESBAL) […]

Belgium: requests for food aid have risen by 15% since January, while donations are falling 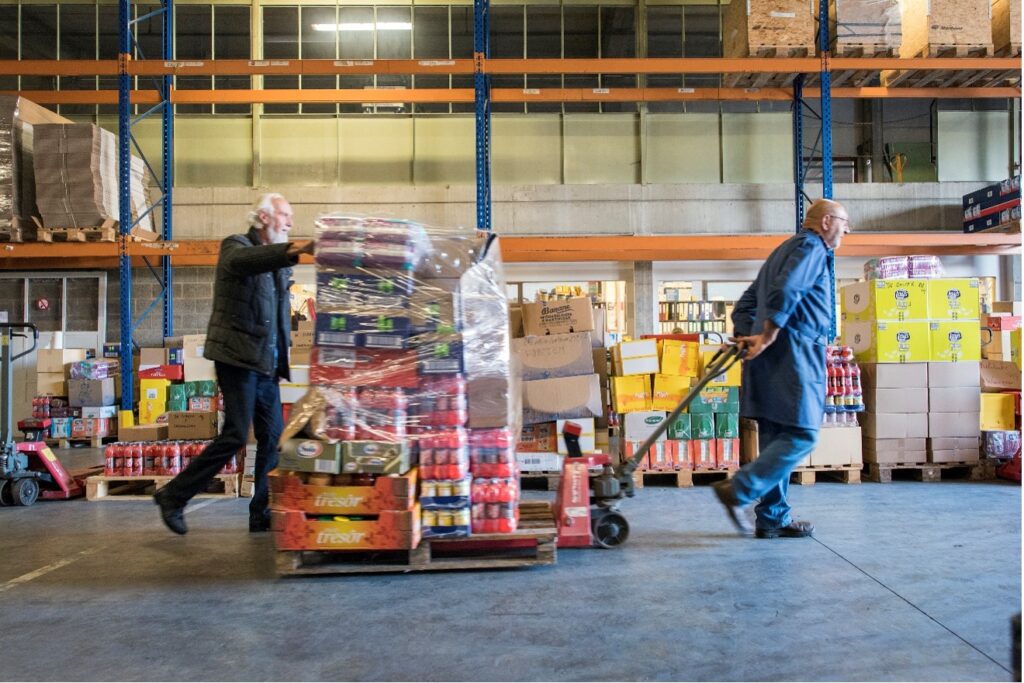 Due to rising energy and food prices, more and more people are forced to ask for food aid. Indeed, according to a survey carried out by the Fédération Belge des Banques Alimentaires / Belgische Federatie van Voedselbanken among its 654 affiliated associations, the number of people in need having called upon food aid increased to […]

Wiener Tafel launches the campaign “Is this still good?” 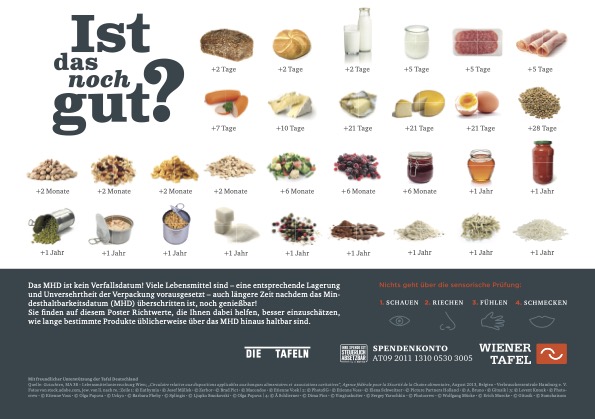 On 30 June, Wiener Tafel, FEBA Member in Austria, launched its campaign “Is this still good?” to raise awareness on the meaning behind the best before date and thereby preventing misconceptions resulting in food waste. In cooperation with different partners from the private economic and non-profit sector, the initiative has been realised through posters, stickers, […] 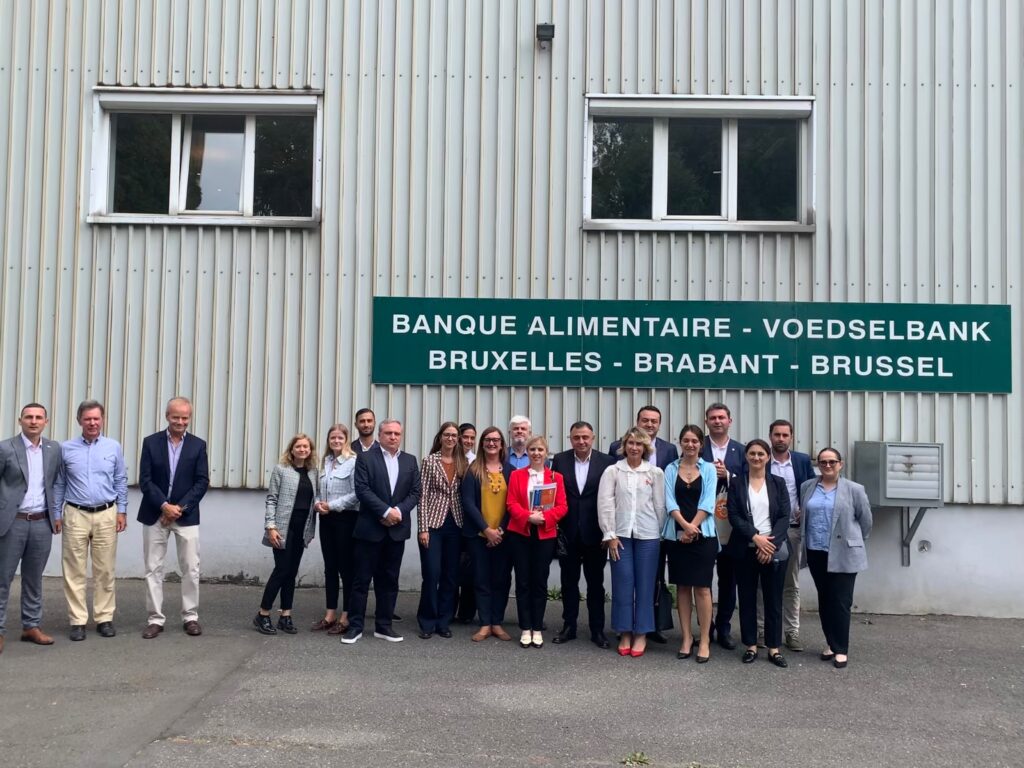 On 26 August 2022, a delegation from Georgia, including Members of the Georgian Parliament, officials from different Ministries and the City Hall of Tbilisi together with stakeholders and representatives from FAO Georgia arrived in Brussels to meet with FEBA and learn more about the daily activity of European Food Banks, food waste prevention, and legislation […] 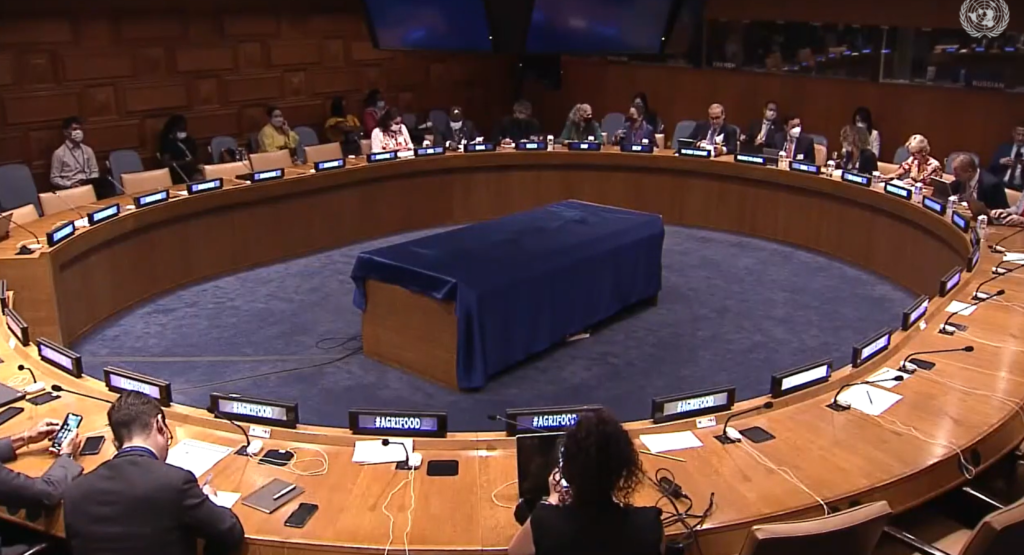 The pandemic, global interruption to supply chains, rising costs of major primary commodities, conflicts and humanitarian crises threaten the functioning of world agrifood systems, QU Dongyu, Director-General of the Food and Agriculture Organization of the United Nations (FAO), said on 5 July 2022. “We are at serious risk of facing a food access crisis now, […] 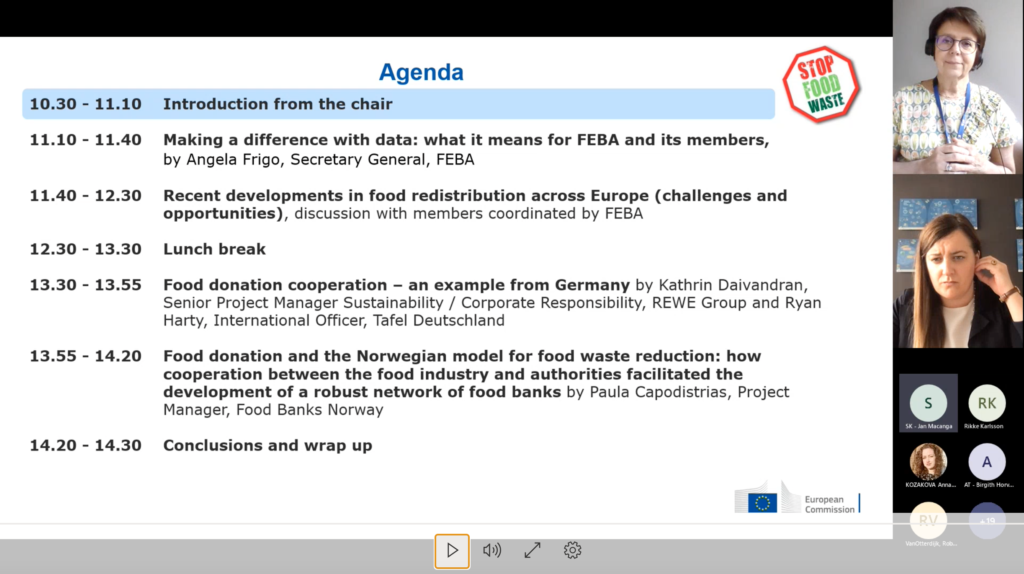 On 12 July 2022, FEBA co-chaired the Food Donation subgroup meeting of the EU Platform on Food Losses and Food Waste. Anne-Laure Gassin (DG SANTE, European Commission) opened the session, emphasising that EU legislation should not hinder food donation but rather foster it. The floor was then given to FEBA’s Secretary General, Angela Frigo, who […]