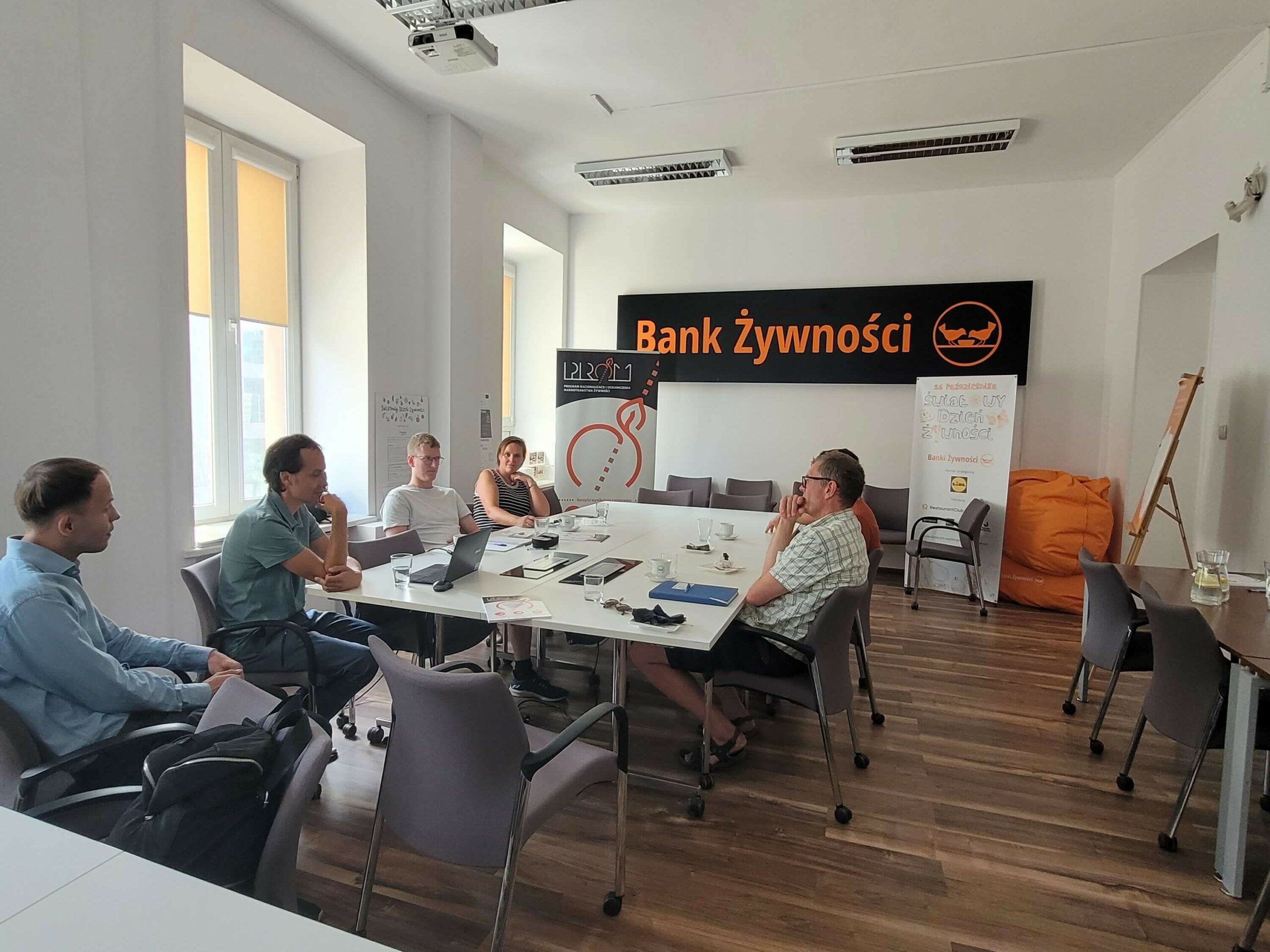 The aim of the visit was to learn about Food Banks in Poland and exchange experiences with each other. In addition, the visit led to many interesting discussions about poverty, food waste, food donation and much more.

During three days, representatives from Matsentralen visited different Food Banks in the cities of Ciechanów and Olsztyn. Together, these Food Banks help over 100,000 people by redistributing more than 4,600 tons of food a year. The food is surplus food from the food industry, but also private donations and food from the Fund for European Aid to the Most Deprived (FEAD). Furthermore, during the visit, the Food Bank in Olsztyn organised a cooking workshop focused on integration, with participants from Poland, Ukraine and Norway.

The Norwegian representatives also had the opportunity to visit one of the organisations that receives food from the Food Bank in Olsztyn, namely “The Communal Home of Mutual Aid”, which helps people with mental illnesses.

The Norway-Poland cooperation is a project on behalf of the Active Citizen fund, which facilitates cooperation projects between Nordic and European countries. The aim of the project is to strengthen civil society and community activity, and strengthen vulnerable groups in Europe.

As part of the project, the Norwegian and Polish Food Banks organised in 2021 a webinar on “Food waste, food donation and policy”. In January 2022, they arranged a webinar on “School visits and other activities”. In June 2022, Federacja Polskich Banków Żywności visited Norway, where they had a tour of the Food Banks in Oslo and in the Vestfold and Telemark region, and visited partners such as Unikum and BAMA and the organisation Evangeliesenter.

In the coming months, Matsentralen Norge and Federacja Polskich Banków Żywności will work on creating a report with best practices, based on the visits and webinars.