Over 35,000 more people assisted in Italy as a consequence of the war in Ukraine 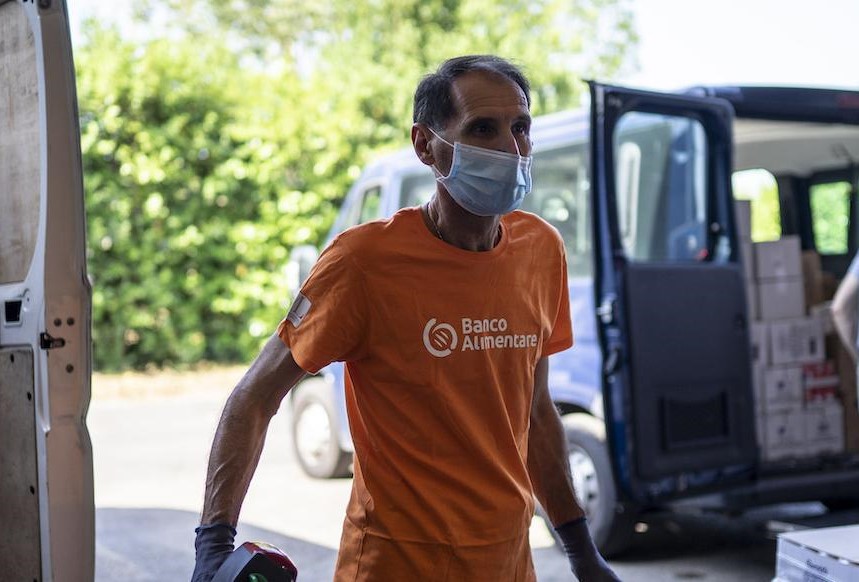 Since the outbreak of the war in Ukraine, Banco Alimentare has assisted over 35,000 more people throughout Italy through its charitable organisations. In just one month of conflict, the Banco Alimentare has recorded a considerable increase in requests for support due to the arrival of refugees from abroad and the social and economic consequences that […] 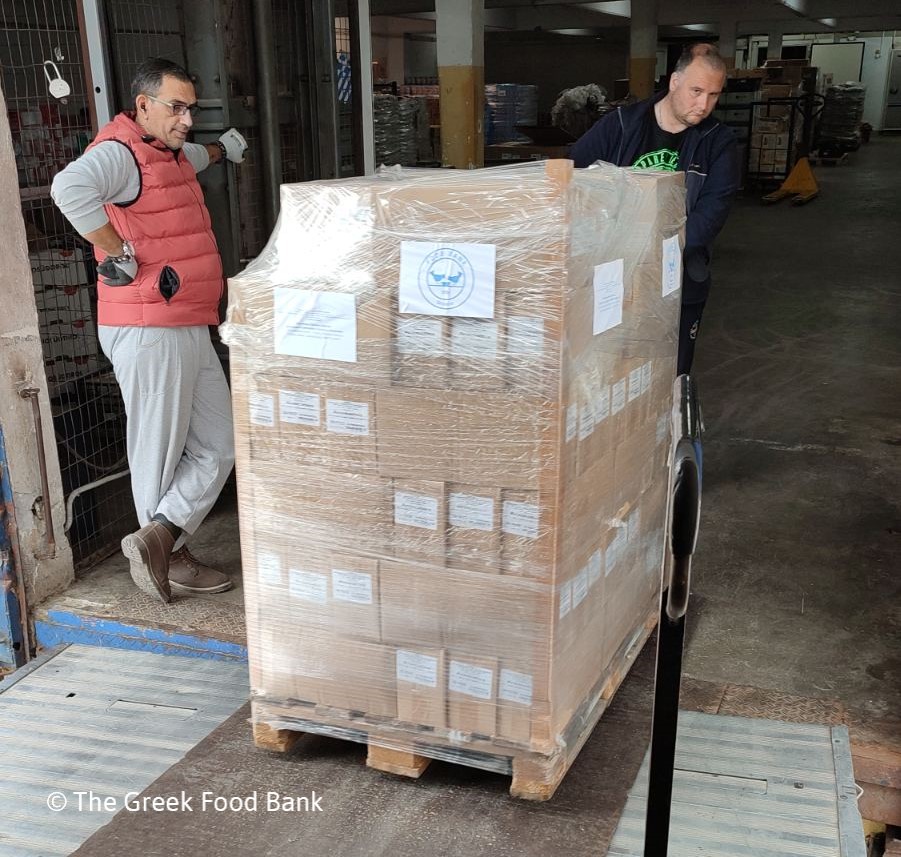 Many of our Food Bank Members are joining forces to support the people of Ukraine and the Food Banks most affected by the situation. This is the case of Food Bank Greece which is sending pallets products to the Food Banks in Romania. In 20 days, 11,338 kilos of food and non-food products travelled from […]

A convoy of 12 vehicles from Romania to Moldova 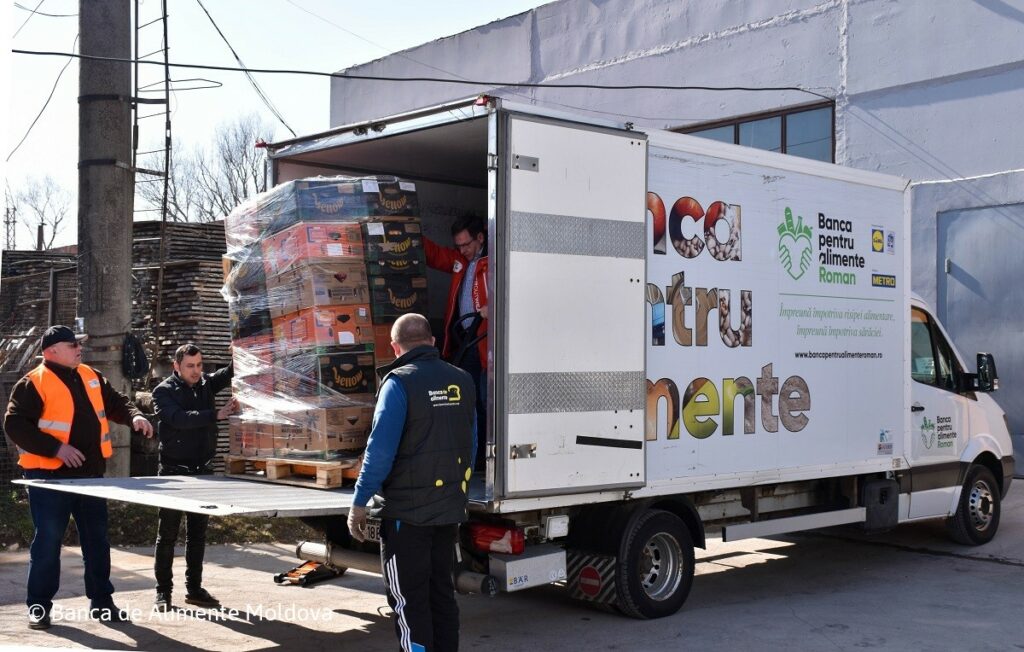 Solidarity between our Food Bank Members continue! On Saturday 26 March, Banca pentru Alimente arrived in Moldova with 12 vans and cars full of 12.679 kg of basic necessities, baby and adult food, clothing and hygiene products. This donation from the Romanian Food Banks to Banca de Alimente Moldova is essential to keep supporting the […] 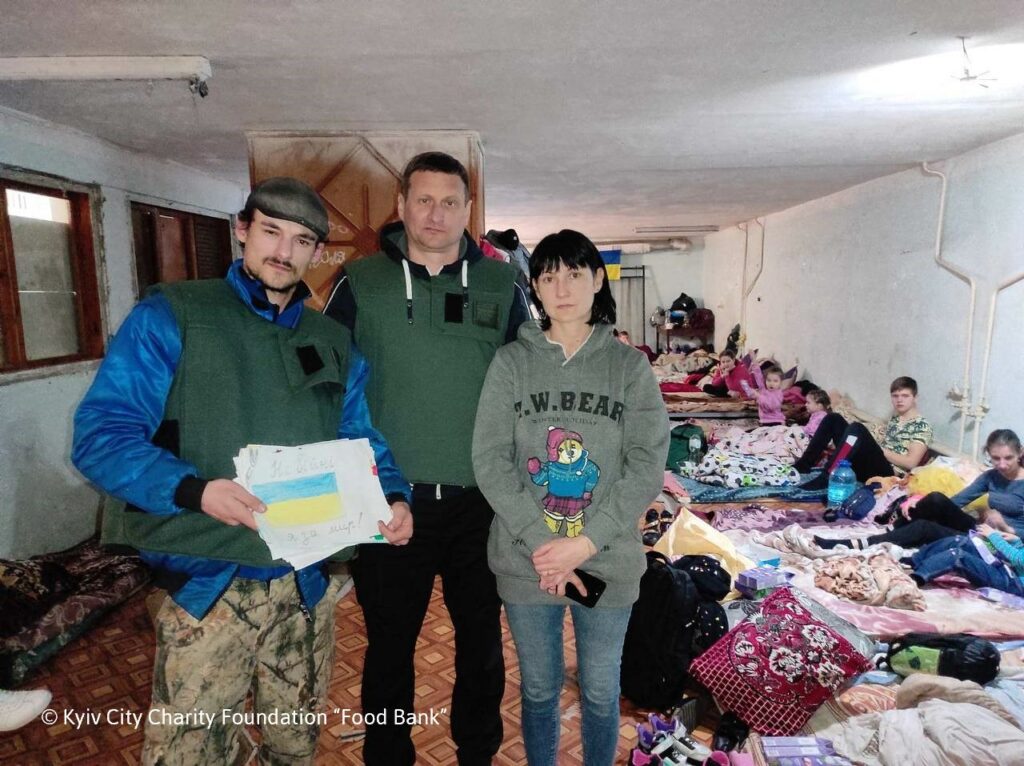 This is an update from the Kyiv City Charity Foundation “Food Bank” on received on 31 March  You can read the previous article here. How has the activity of KCCF changed in the past week ? During the past week, we started to implement a technical possibility to donate via the website of the Food […] 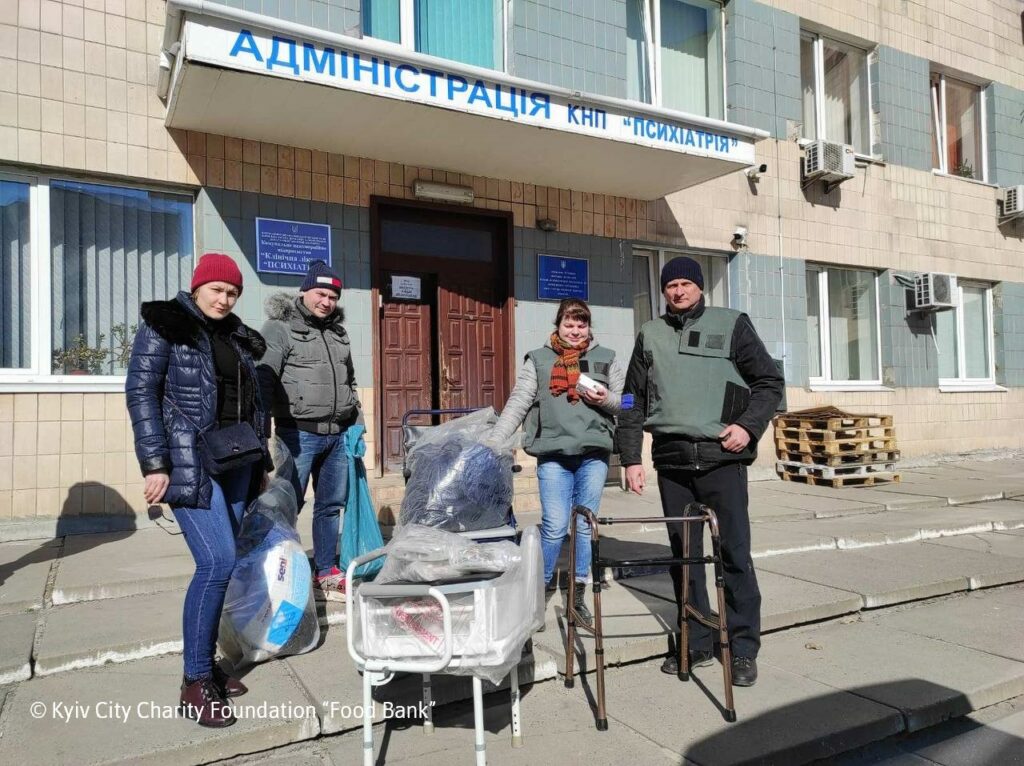 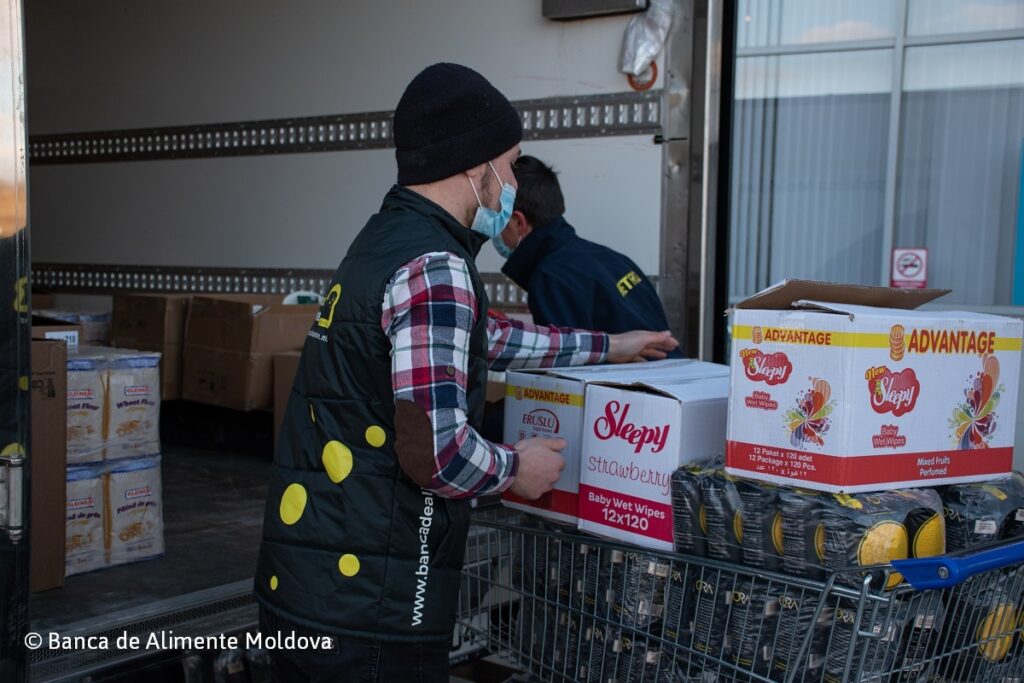 METRO Moldova offered a donation of 30 thousand MDL in the form of non-perishable food products and basic hygiene products to Banca de Alimente Moldova, our member Food Bank in Moldova. Around 800 kilos of food and basic necessities were delivered by the Food Bank to the Municipal Center for Temporary Refugee Placement and will help […]

From France to Poland: a 4-day journey to help Ukrainian refugees 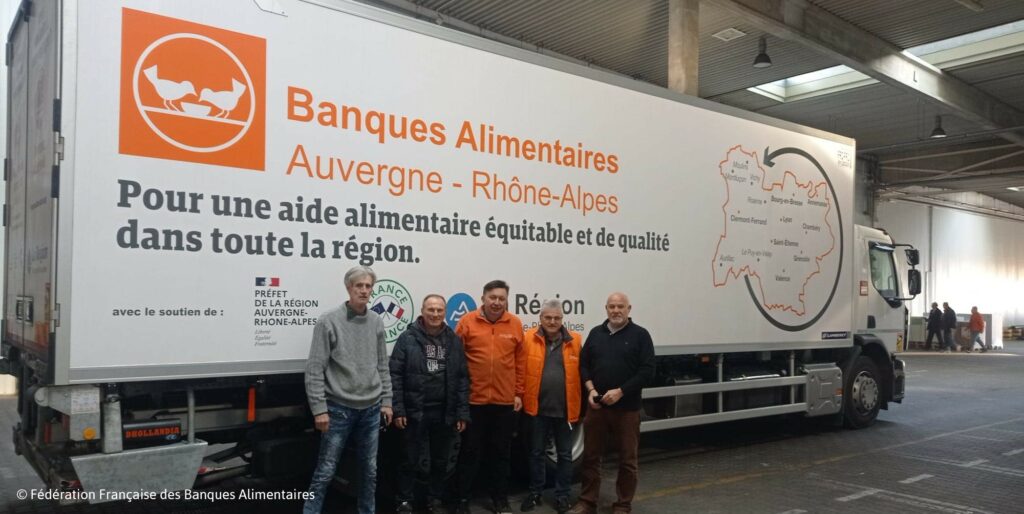 On Saturday 19 March, two trucks from the French Food Banks of the Auvergne-Rhône-Alpes region left Bourg-en-Bresse to participate in the deployment of logistical and food aid to the borders of Ukraine for the refugee populations. Saturday 19 March, 8 a.m.: François Delahaye, René Girard, Jean-Louis Vigneron and Pierre Razurel are checking their cargo on […] 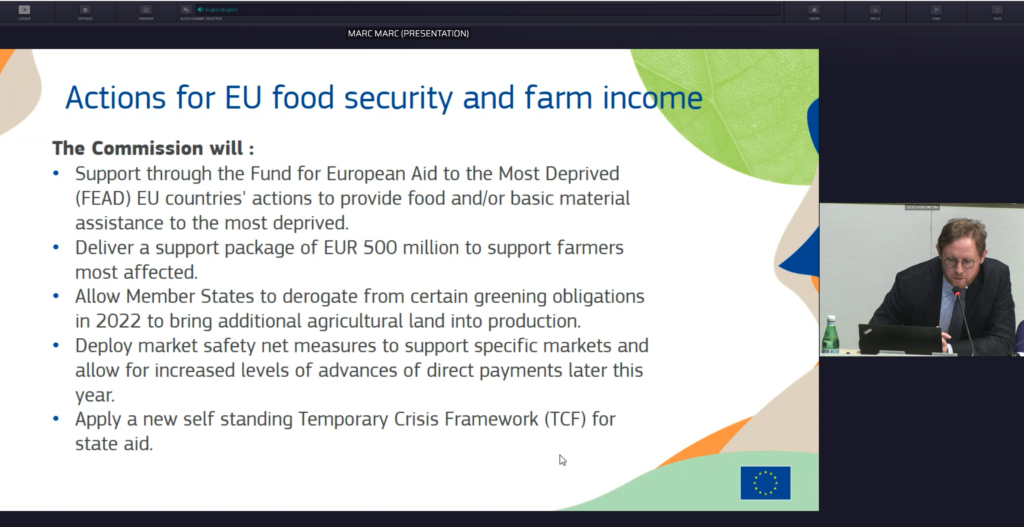 Today, the European Commission has presented a range of short-term and medium-term actions to enhance global food security and to support farmers and consumers in the EU in light of rising food prices and input costs, such as energy and fertilisers. The surge in global commodity prices, further accelerated by Russia’s invasion of Ukraine, highlights again the need for […] 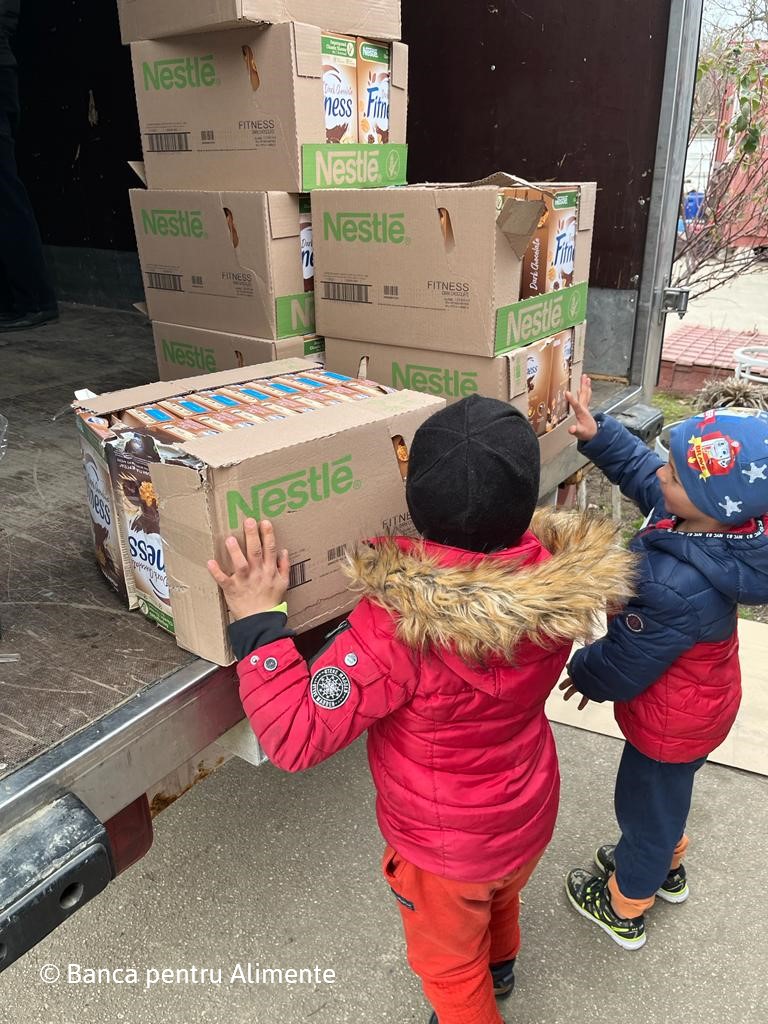 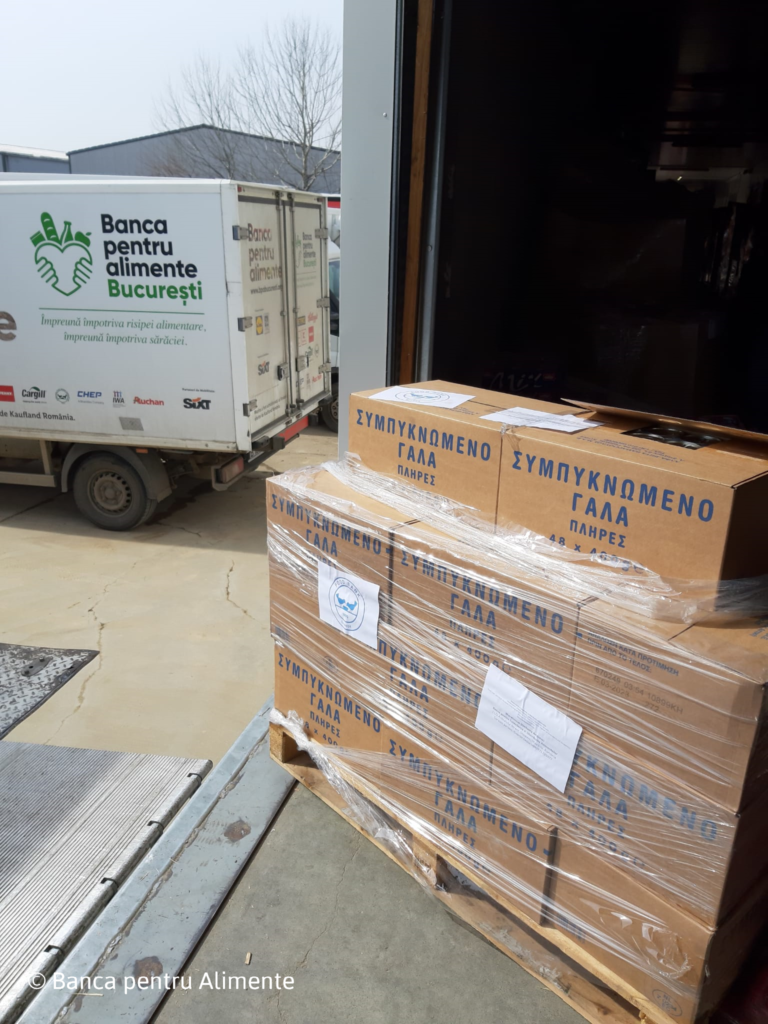 The Greek Food Bank, as many Food Banks in Europe, decided to support refugees from Ukraine and the Ukrainian Food Bank. Already two shipments of basic food items, baby items and personal hygiene items have been made from Athens to the Food Bank in Bucharest. As it is extremely dangerous to enter Ukraine, food shipments […]