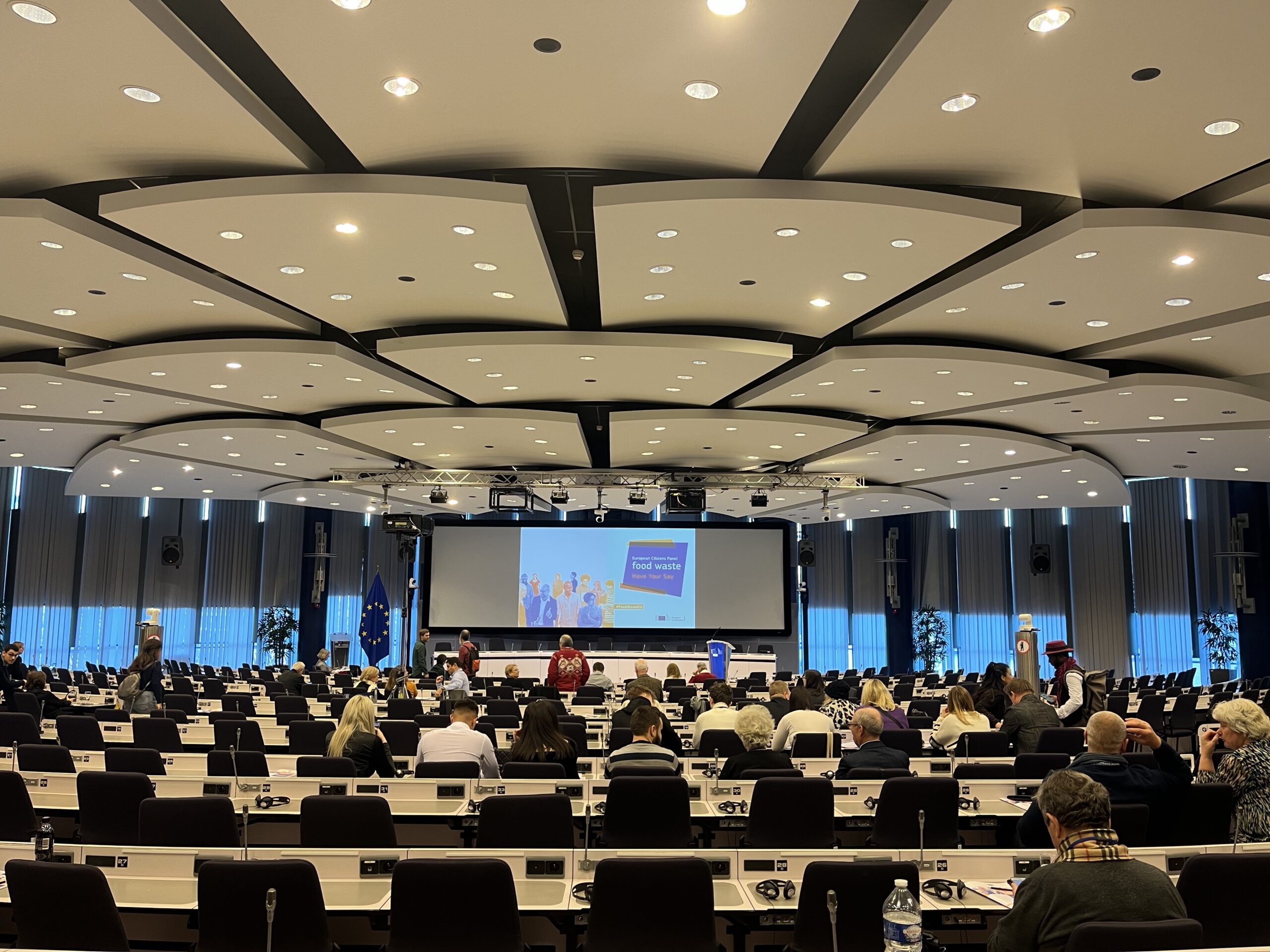 Today, the Commission is hosting the first European Citizens’ Panel in Brussels allowing citizens to provide their input on how to step up action to reduce food waste in the EU. This is the first of a new generation of Citizens’ Panels launched as a follow-up to the Conference on the Future of Europe, embedding participatory and deliberative practices in the European Commission’s policy-making process on certain key policy areas.

The reduction of waste, and particularly food waste, is the subject of a legislative proposal included in the Commission’s Work Programme for 2023, in line with the proposals from the Conference of the Future of Europe and the Farm to Fork Strategy.

The purpose of the panel is to enable citizens to deliberate collectively on this issue. They will deliver recommendations that will feed into the Commission’s  work on food waste, including on the aforementioned legislative proposal, and the broader effort in achieving the EU’s food waste reduction targets.

The panel is composed of randomly selected citizens. They are representative of the EU’s diversity in terms of geography (national and urban/rural origin), gender, age, socio-economic background and level of education. One third of the participants are young people under the age of 26.

“With the Conference on the Future of Europe, we have put citizens at the heart of EU policy-making. We are now embedding Citizens’ Panels in our toolbox to ensure that the citizens’ ideas are taken into account for key policy initiatives that impact their daily lives. Today marks the first step towards a new form of deliberative democracy in Europe.”

The panel will meet between December 2022 and February 2023. The first session is taking place on 16-18 December in Brussels. It will be opened by Vice President for Democracy and Demography, Dubravka Šuica, and Commissioner for Health and Food Safety, Stella Kyriakides. The second meeting of the panel will take place online on 20-22 January. The final session will be held on 10-12 February in Brussels, with the submission of the panel’s report to the Commission.

President Ursula von der Leyen called for a Conference on the Future of Europe in her Political Guidelines of July 2019, as part of a new push for European democracy – and committed to following up on its results.

Building on the success of the Conference, the Commission is embedding participatory and deliberative practices in its policy-making toolbox. Citizens’ Panels are now part of the Commission’s policymaking in certain key areas. The new generation of these panels will deliberate on next year’s initiatives on food waste, learning mobility and virtual worlds.

Nearly 57 million tonnes of food waste were generated in the EU in 2020 (127kg per person), with an associated market value estimated at €130 billion. Households are responsible for 55% of all food waste. Moreover, food waste has significant environmental impacts and accounts for about 5% of EU greenhouse gas emissions associated with the EU’s overall food consumption footprint.

By reducing food waste, we can substantially reduce our resources and energy consumption. Fighting food waste is a triple win: it saves food for human consumption; it helps farmers, companies and consumers to save money; and lowers the environmental impact of food production and consumption.

The EU and its Member States are committed to the United Nations Sustainable Development Goals, which call for the halving of per capita global food waste at retail and consumer level by 2030, as well as for the reduction of food losses along the food supply chain.

Progress to date has not advanced at the scale and pace needed to reach this goal. The introduction of EU-wide, legally binding food waste reduction targets, through a new legislative proposal, aims to accelerate the EU’s progress on the issue. It will also commit Member States to take ambitious action to reduce food waste nationally.