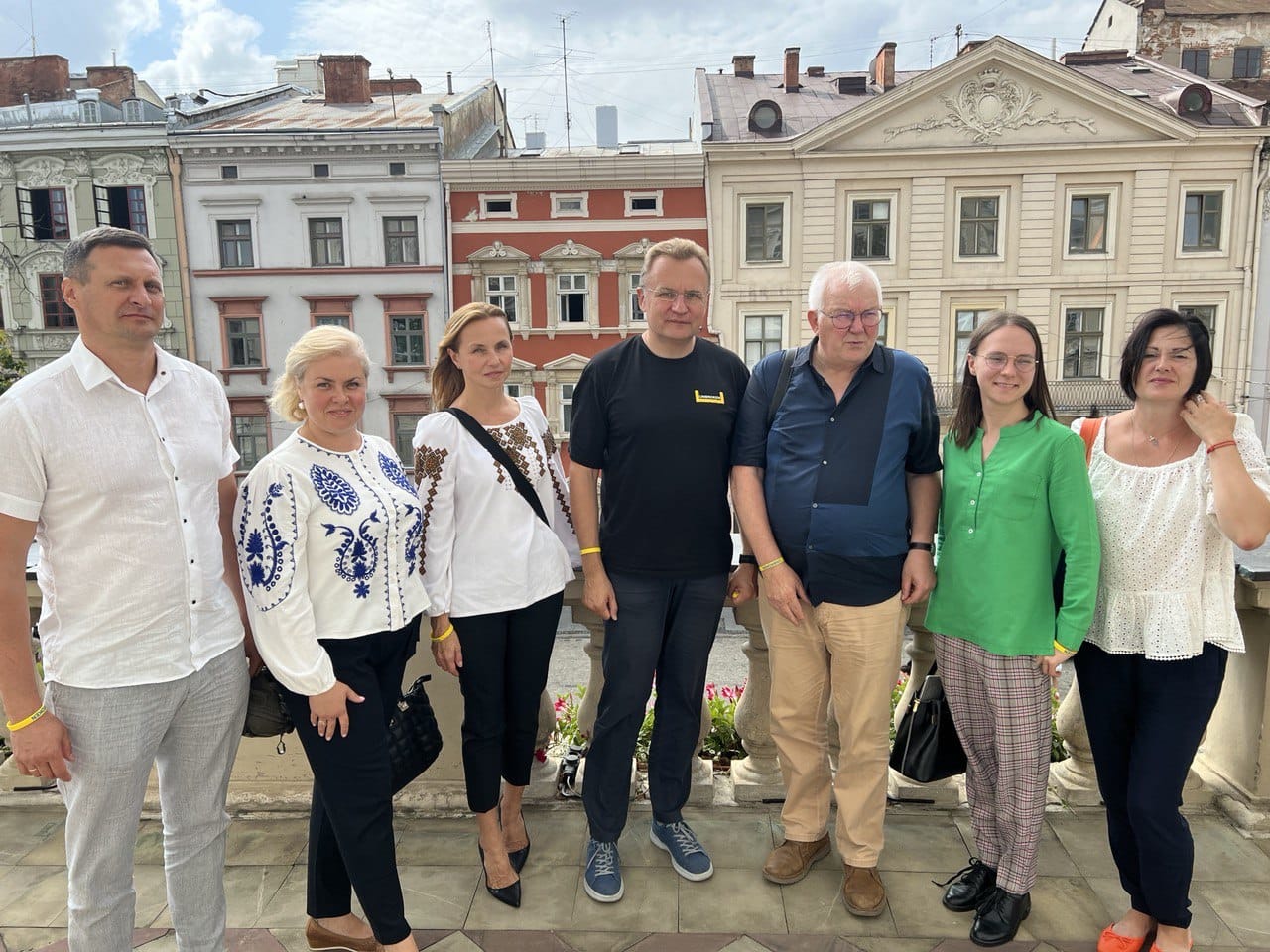 At the end of August, a FEBA delegation composed by FEBA President and FEBA Project Manager left for Ukraine. The objective of the visit was to assess the situation on the ground and plan how FEBA could better help the Kyiv City Charity Foundation “Food Bank” (KCCF), our member in Ukraine, to reinforce the infrastructure and increase skills

The first stop of the visit was in Lviv, where the FEBA delegation, together with a delegation from KCCF, met with Mister Andriy Sadovyi, Mayor of Lviv. This was a concrete opportunity to talk about a possible partnership with the municipality to increase food banking activities  in Lviv. Both delegations also visited a local warehouse where many donations from Maisto Bankas, FEBA member in Lithuania,are being handled and redistributed.

The visit in Lviv continued with an important meeting with Cargill Animal Nutritional Plant, an opportunity to discuss current and future partnerships, as well as to visit their warehouse.

The FEBA and KCCF delegation travelled to Kyiv where they helped the volunteers of KCCF to pack donations from European partners. .

After packing 300 food kits, the delegation distributed them to families inneed in the Irpin-Gostomel region, which is heavily affected by the war and where every infrastructure was destroyed. Inhabitants shared their stories, showed their houses, explained future plans, and raised the importance of humanitarian aid.

This day was filled with many meetings in Kyiv, for instance with the  Office of the President, representatives of First Lady Olena Zelenska and Ministry of Agriculture, who presented programmes that connect and coordinate food producers, transportation companies, and charities in the process of providing support to the war victims.

The delegation also visited Independence square, which is known as a historical place, where 3 revolutions took place.

For their last day in Ukraine, the members of FEBA and KCCF delegation had a full agenda, including a very informative meeting with the Deputy Minister of Social Policy for Digital Transformation, Mister Kostiantyn Koshelenko, as well as ameeting with Cargill. The day ended with the possibility for the FEBA delegation to meet all the KCCF team.

The visit in Ukraine was very though emotionally speaking but also very useful in order to plan the future actions of the #AllTogether4Ukraine campaign and support the KCCF in the best way possible.