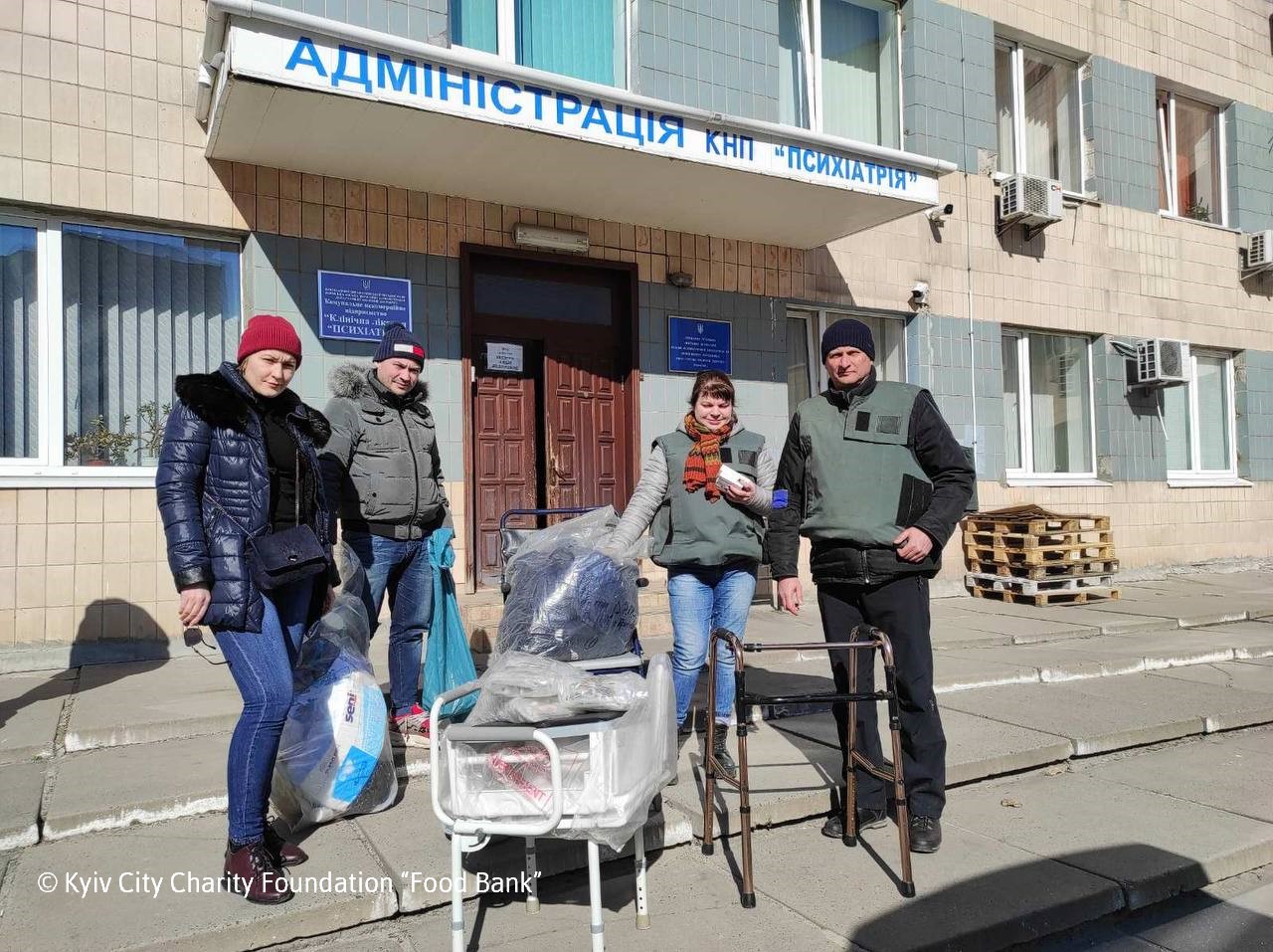 This is an update from the Kyiv City Charity Foundation “Food Bank” on received on 25 March  You can read the previous article here.

The Kyiv City Charity Foundation “Food Bank” (KCCF) continues to operate on the ground, thanks to its tireless volunteers. How has the activity of KCCF changed in the past week ?

During the past week, we saw an increase in the number of requests for help coming both from charities and from individuals. We do all our best to satisfy them. We also keep on operating in Kyiv, thanks to two other big warehouses.

How many volunteers, civilians and charities do contribute to your activity?

Last week we operated with the same number of volunteers. There was an increase in the number of charities served and there is a trend to expand the territory of humanitarian aid delivery. We also received a donation of 100 USD from an individual.

Last week we were also able to deliver a truck of humanitarian aid received from Estonia to Mykolaiv, which is a very hot area since it is almost circled by the Russian army and very close to cities like Kherson and Kakhovka that are already occupied.

How much food have you delivered since the outbreak of the war?

The beneficiaries are mostly people who are fleeing the most suffering areas, civilians in shelters, medical institutions, military people and territorial defence. We serve around 3,000 people daily. In case of deliveries to the institutions like hospitals and orphanages we tried to distribute additional products to give them some reserve.

Since 20 March ATB and Novus, two big retailers in Ukraine, have stopped operating and another one, Silpo, closed 34 shops in Kyiv and three other regions. We were able to purchase food from METRO and Nestlé, but donations  from other countries are very valuable for us since it is getting more and more difficult to find food here in Ukraine.

Logistic, ways to access the most suffering areas remain the main challenge for us. Shortage of the most needed products is also becoming a real issue.

We want to thank all the volunteers that are tirelessly helping us. Since the very start of the Russian invasion, our volunteers have been delivering bread under air raid sirens in Kyiv. Over 1.5 tons of just baked warm bread is distributed daily to the people in shelters, medical institutions and to the territorial defence.

We also want to thank our donors and supporters, may they be individuals or Food Bank Members. Every week, new initiatives are coming out, like the Franklin Athletic Club, USA, Michigan, which launched a fundraising activity and managed to collect 3,500 USD to support Ukraine.