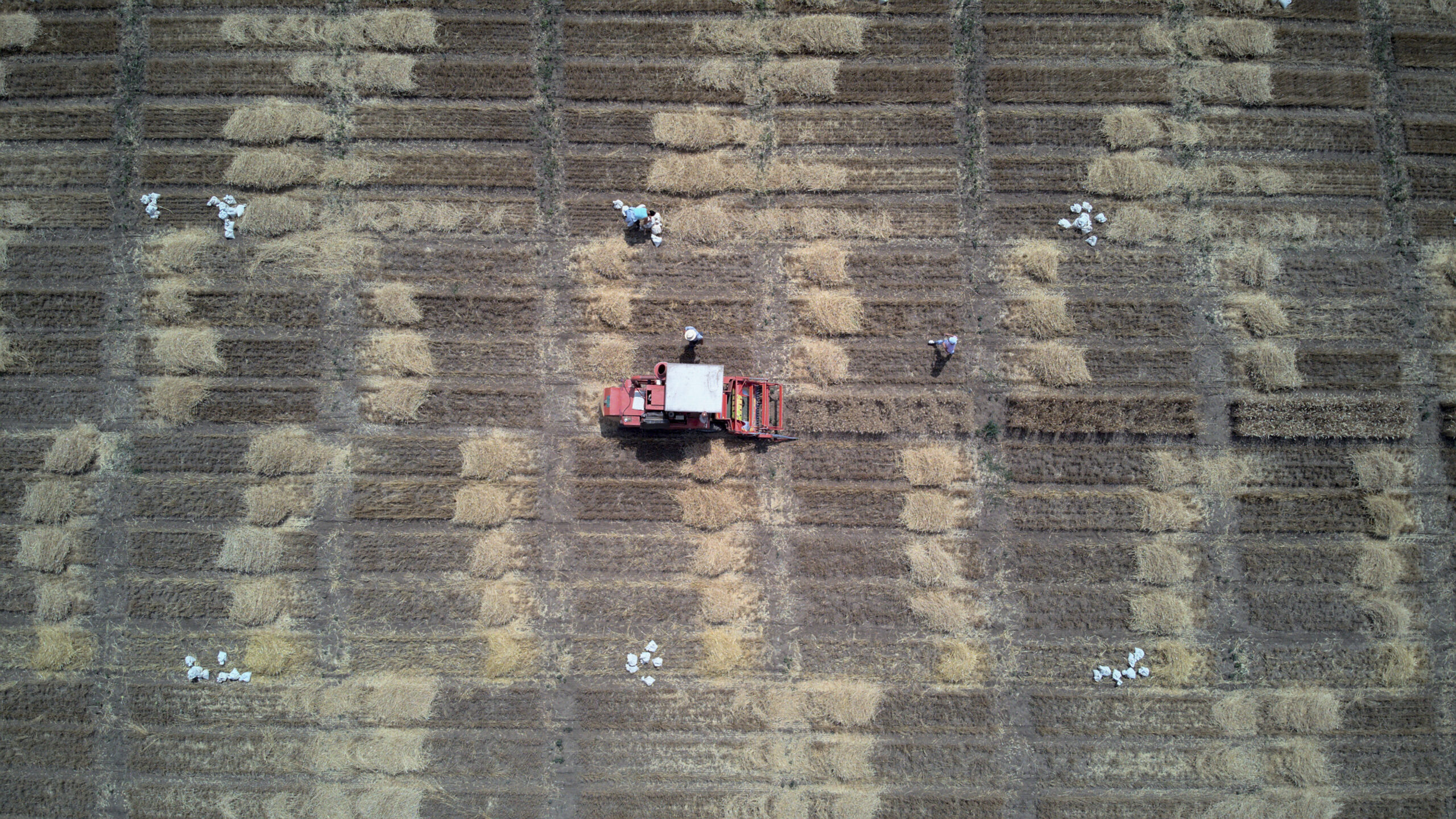 The world’s ability to nourish its burgeoning population is under threat and without broader socioeconomic and environmental change, sustainable agrifood systems will be impossible to achieve, according to a new report by the Food and Agriculture Organization of the United Nations (FAO) issued today.

The report, The Future of Food and Agriculture – Drivers and triggers for transformation, analyses current and emerging drivers of agrifood systems and their possible future trends. The report identifies the issues at stake and the threats and problems that have an impact on future food consumption and agrifood production.

The report urges decision makers to think beyond short term needs, warning that a lack of vision, piecemeal approaches and ‘quick fixes’ will come at a high cost for everyone.

A new mindset that prioritizes long-term objectives, sustainability and resilience is urgently needed, it adds.

“Many of the SDGs (Sustainable Development Goals) are not on track and will only be achieved if agrifood systems are transformed properly to withstand ongoing global adversity that undermines food security and nutrition due to growing structural inequalities and also regional inequalities,” FAO Director-General QU Dongyu said at the launch event.

Drivers of the performance of agrifood systems

The report identifies 18 interconnected socio-economic and environmental forces, called drivers, and analyses how they interact and shape the various activities occurring within agrifood systems, including farming, food processing, and food consumption.

Poverty and inequalities, geopolitical instability, scarcity and the degradation of resources, and climate change are some of the key drivers and how they are managed will determine what the future of food looks like.

If agrifood systems remain on their current paths, the evidence points to a future characterized by persistent food insecurity, degrading resources and unsustainable economic growth, the report cautions.

The report illustrates four future scenarios for agrifood systems that bring diverse outcomes in terms of food security, nutrition and overall sustainability: ‘More of the same’, that envisages continuing muddling through by reacting to events and crises; ‘Adjusted future’, where some moves towards sustainable agrifood systems occur at a slow, uncertain pace; ‘Race to the bottom’, that portrays a world in disarray in the worst version of itself; and ‘Trading off for sustainability’, where short-term Gross Domestic Product (GDP) growth is traded off for inclusiveness, resilience and sustainability of agrifood, socioeconomic and environmental systems.

“Strategic foresight helps us all, and governments in particular, by analysing short-term and long-term trends and seeing possible alternative future scenarios. By considering worst-case scenarios, we can anticipate possible negative paths and take measures to avoid them,” Qu said.

To increase the chances of creating a more sustainable and resilient future for agrifood systems, the report underscores the urgent need to change course. To achieve this, it proposes four key “triggers of transformation” – improved governance, critical and informed consumers, better income and wealth distribution and innovative technologies and approaches.

“Very few low- and middle-income countries, perhaps none, will have the possibility of achieving hegemonic power and the status of empires that many high-income countries made use of to benefit their well-being and welfare. Future global development patterns depend on the resolution of key questions: institutions providing solutions for sharing the ‘global commons’; the distribution of political power and wealth; and the resolution of the extensive inequalities present in today’s economies,” the report argues.

The report proposes that, in a scenario where the world opts for a more sustainable future, global challenges will be tackled by “a more effective participatory and novel, multilevel governance”, where governments, consumers, businesses and academia interact with different functions but overall converging objectives.

“To ensure access to sufficient and nutritious food, decent jobs, income opportunities, and environmental services, among others, requires us to be smarter in identifying the triggers needed to accelerate transformative processes,” Director-General Qu said.

The role of consumers and of investment

Consumers will need to be more responsible actors since they “hold the power to trigger transformative processes by shifting demand towards more environmentally and socially responsible, and nutritious products.”

For better income and wealth distribution, the report urges greater investment in social outcomes and increase social capital, to get people out of poverty – not just out of hunger. It also recommends that wealthier countries be willing to shoulder more of the costs of this transformation.

Transformation will also be aided by the further development of innovative technologies and approaches for which the authors of the report propose prioritizing scientific research and development and that these advances must be accessible to the most vulnerable groups.

Not an easy road ahead

This kind of comprehensive transformation, however, will come at a cost and there will be trade-offs that governments, policy makers and consumers will have to address and balance, while tackling resistance to the paradigm shift.

Countries and social groups that can shoulder the costs involved in the necessary transformations have to provide relief to those already affected by the negative effects of unsustainable development.

“Choices will have to be made to trade off contrasting objectives, such as increasing immediate consumption and well-being versus investing to ensure a better future for current and next generations, or deciding how to charge the costs of unsustainable development to wealthier societies to the advantage of poorer ones,” the FAO Director-General said in the report’s foreword.

Still not too late, but urgent action needed

By 2050, there will be 10 billion people in the world to feed and this will be an unprecedented challenge if significant attempts are not made to reverse current trends. The report points out that the world is ‘tremendously off track’ to meet the SDGs, including agrifood targets. But, while there are reasons to be pessimistic, the report is cautiously optimistic that if governments, consumers, businesses, academia and the international community act now, it is still possible to bring about long-term sustainable change.