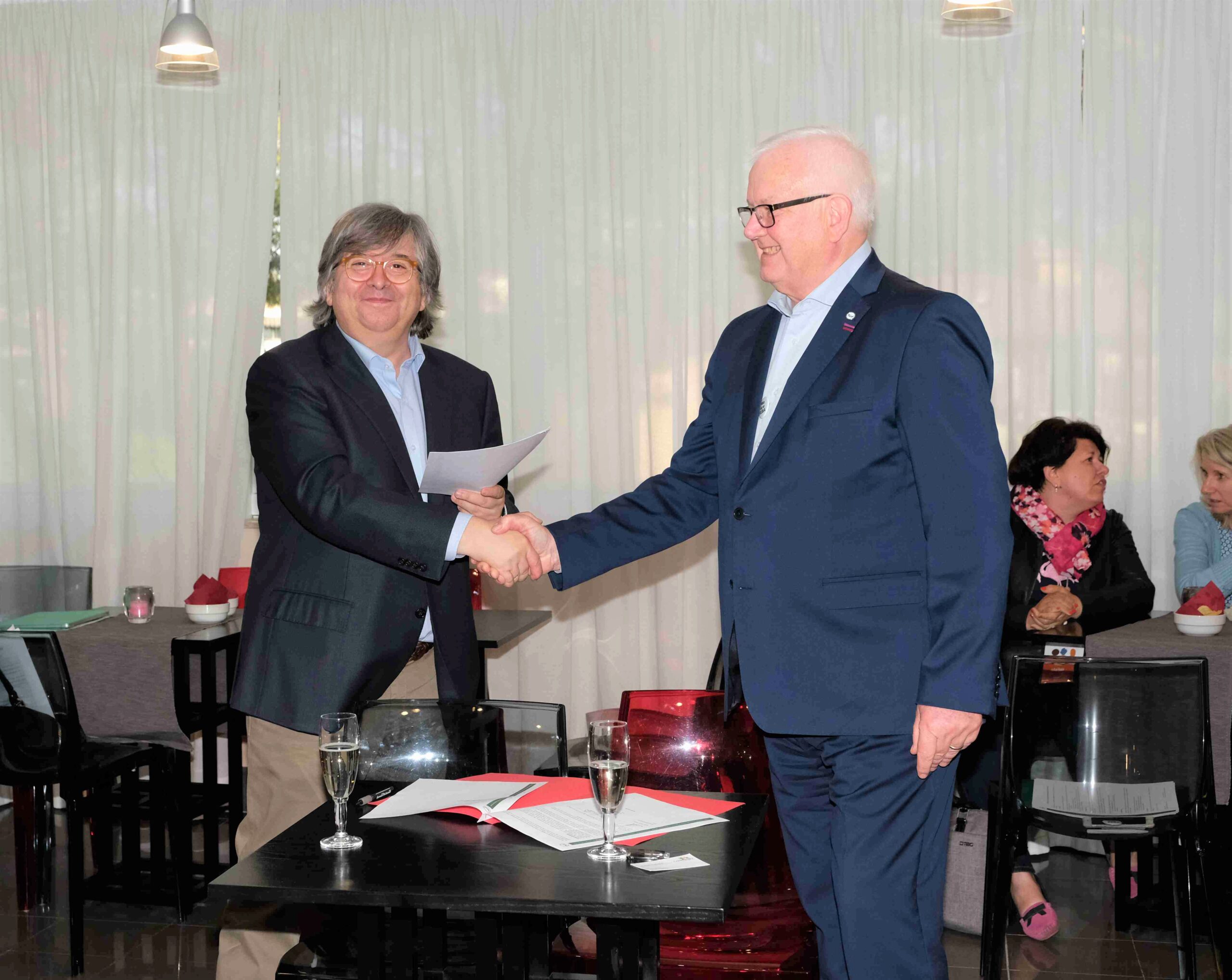 The signature took place on 16 May 2019 in Rome and represent a concrete example of the title of this Annual Convention – Toward the next decade. Together – in particular the word Together, adding Campofrío Food Group to the other companies that daily support FEBA and its membership.

Campofrío Food Group, which is present in Europe with eight business units, is part of a group of companies engaged, among others, in the processed meats sector and works in all sales channels and market segments.The company already collaborates with FEBA’s network and donated over 1 million kilos of food between January 2017 and November 2018.

In Spain in 2015 the corporation was awarded with the “Espiga de Oro” for its long commitment as a trustful partner of the Federación Española de Bancos de Alimentos. This relationship, durable and lasting for many years, has engaged thousands of employees who have dedicated their time and energies to the most in need with the various Food Banks in Spain.

Following the excellent results reached in several countries, Campofrío Food Group decided to confirm its support to European Food Banks by signing a European agreement, settling their commitment in reducing food waste and food insecurity across Europe. From this collaboration the FEBA’s network not only will receive surplus food from Campofrío’s factories but will also receive European support through motivated and passionate people dedicated to the cause.

The donation of food will take place in some countries and will help several members, in particular: the Fédération Belge des Banques Alimentaires in Belgium, the Fédération Française des Banques Alimentaires in France, Tafel Deutschland e.V. in Germany, the Fondazione Banco Alimentare in Italy, the Federaçao Portuguesa dos Bancos alimentares in Portugal, the Federación Española de Bancos de Alimentos in Spain, the Voedselbanken in the Netherlands, and the Banca pentru Alimente in Romania.

“The European Food Banks Federation is delighted to welcome the Campofrio Group as a global partner and is grateful for the continued contribution with various food banks in several countries of Europe. The future can only be brighter for the planet and its citizens when people and organisations share good will and generous determination to change the vicious circle of food wasting into the virtuous circle of socially responsible usage of surplus food.” said Jacques Vandenschrik, President of FEBA.

“The signing of this collaboration agreement between Campofrio Food Group (Sigma in Europe) and FEBA is for us to give context and meaning at a European level to all donations of our products, voluntary actions of our employees and collaborations, that for more than 10 years, have taken place in the different European countries in which we are located. We make food and we do not want it to be wasted or thrown away. Therefore, in addition to our internal actions to reduce food waste in our processes, through the donation of food through FEBA and its local Food Banks, we ensure that our donations reach the organizations and people who need them most” glossed José Antonio Ortuño Garcia, Corporate Social Responsibility Director of Campofrio.

This website has received financial support from the European Union Programme for Employment and Social Innovation “EaSI” (2014-2020).
For further information, please consult the EaSI website. The information contained in this website does not necessarily reflect the position or opinion of the European Commission.