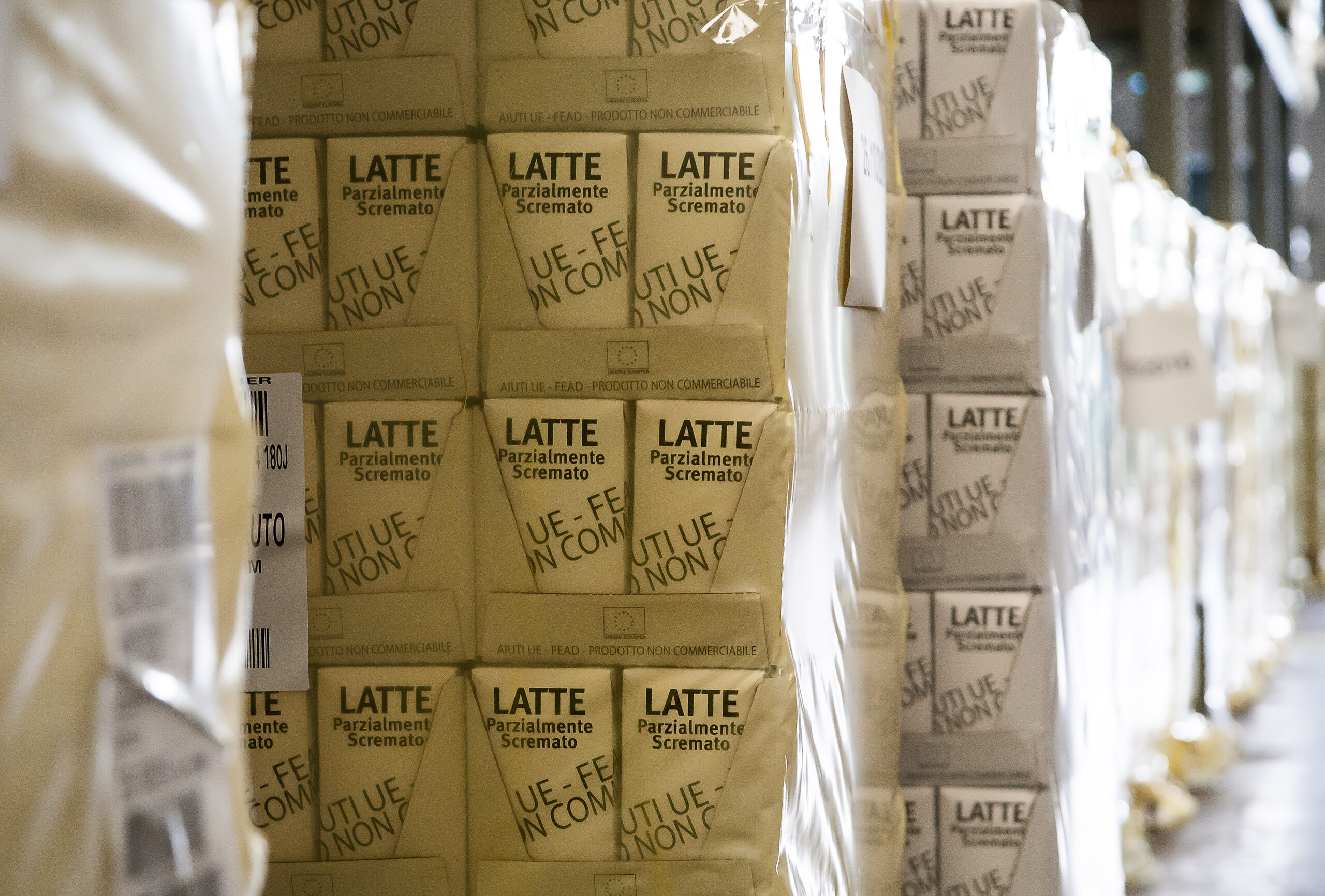 Depriving the poor of Europe: a wrong economy

By Jacques Vandenschrik, President of the European Food Banks Federation

Europe is going through difficult times both in its relations with the rest of the world and in its infighting between Member States and even between regions.

The European Union’s founding values are undermined by the incessant attacks of those who want its annihilation to better ensure their political and economic supremacy and by the selfishness which, like a cancer, insidiously disturbs the equilibrium and sends putrid metastases among its members, putting in danger the ‘Union in Diversity’: cornerstone of the European edifice.

In so doing, the longed-for objective of the Fathers of Europe is in jeopardy. The ‘Pax Europeana’. Peace between nations, of course, but peace between people also. Identity crises are promoted by policies that turn fear into hatred: hatred of the foreigner, the migrant, the different. Has the world not evolved? Is the interdependence of the Member States in Europe a concept too distant to impose definitively a supranationalism built on peace, solidarity and richness in diversity?

Problems on the confines of our Eastern borders, inward looking, brinkmanship and the challenge to the rule of law among certain Member States constitute the main political tensions that the European Union must face. To these issues, we should add the haunting climate problem, as well as the technological, cybernetic, economic, migratory and social challenges. It is inconceivable to address these issues alone. The European Union is unavoidable. Fortunately, it is likely that following the strong lessons from the past, heightened awareness of the importance of bringing Europe closer to the citizen, parliamentarians and executives will make it evolve towards more dynamism, perceptiveness, reactivity, generosity and equity.

It is obvious that the general context outlined in the above introductory paragraph seriously impacts on the cohesion policy and the means at the disposal of the Member States. Social policies and budgets are not immune to the general situation, the result of which will be even more distressing when the economic recession, which appears to be imminent, comes into play.

Rightly, and in full agreement with the provisions of the Maastricht Treaty, the European Union applies the principle of subsidiarity in the use of the budgets of the future European Social Fund Plus (ESF+). The ESF+ is nothing else than the merger of several funds that the Member States can co-finance on a voluntary basis. The FEAD (Fund for European Aid to the most Deprived) is part of these merged funds in the ESF+ and most of this fund is devoted to food and basic material assistance.

Food and basic material assistance dedicated to the most unfortunate in our society – that is to say to more than 30 million people in a situation of severe material deprivation – has thus been heckled from one European budget to another between the PEAD depending on the Common Agricultural Policy before 2014, the FEAD depending on social policies since 2014 and the ESF+ from 2021. These developments have, on each occasion, created anxiety among those who take care of the organization or benefit from food and basic material assistance. The engulfment of the FEAD in the ESF+ makes them right!

It is a lack of insight to equate food and basic material assistance with other social supports. Because over the years, this support has become a complete or almost complete feeding source for many beneficiaries. It is above all a support to health and its maintenance.

As recently proclaimed by Pope Francis, “this does not mean merely offering benefits but rather providing an initial tangible gesture of accompaniment on the path of liberation.” Food and basic material assistance in particular are likely to promote and maintain a state of health compatible with a social and human activity as harmonious as possible. One third of food aid recipients are under the age of 18! Food aid precedes social assistance often, not always!

This lack of equity will, in some countries promote the temptation to reserve the available means to the country’s citizens to the detriment of the people in the process of migrating.

This lack of generosity would have serious consequences for the health of the needy. The variety and quality of food would inevitably suffer from it. Too tight budgets force the authorities to reduce quality requirements in the face of increased required quantities and lead to disasters!

This lack of reactivity would have serious consequences for the safety of the communities in which most deprived people survive. Would some of them be pushed to steal to ensure their daily bread? Or would they prefer their children to steal and pilfer? Would they not be reduced to support even in the ballot boxes ideologies of the impossible humanity?

Would it not be better to enforce the 4% and allow a decrease of this funding based on a real and proven reduction in poverty? A dynamic approach to the financing of precarity is a factor participating in economic growth; many studies demonstrate this. Citizens are better and more involved in the economy, health care expenses related to food deficiency and junk food is decreased, people’s self-esteem is improved, and citizenship is enhanced.

The impact of sufficient food aid supported by a warm and friendly human framework reinforcing social cohesion motivates the hundreds of thousands of people, volunteers and non, who animate local charities. These citizens of high moral value put all their hopes in the European Union and its Member States: generous and voluntary who support, in the line of the principle of subsidiarity, the initiatives of the social forces uniting competence and sensitivity to the needy.
The Food Banks of Europe support these charities with persistence and determination. Many invest in the management of food aid from the FEAD but all fight against food waste and hunger to contribute to European social cohesion in solidarity.

Let us not be afraid of words: hunger still exists on our continent, in our countries, our regions, our towns and villages. Hunger is a crime against humanity! Decision makers, help us denounce it, fight it, eradicate it!

This website has received financial support from the European Union Programme for Employment and Social Innovation “EaSI” (2014-2020).
For further information, please consult the EaSI website. The information contained in this website does not necessarily reflect the position or opinion of the European Commission.