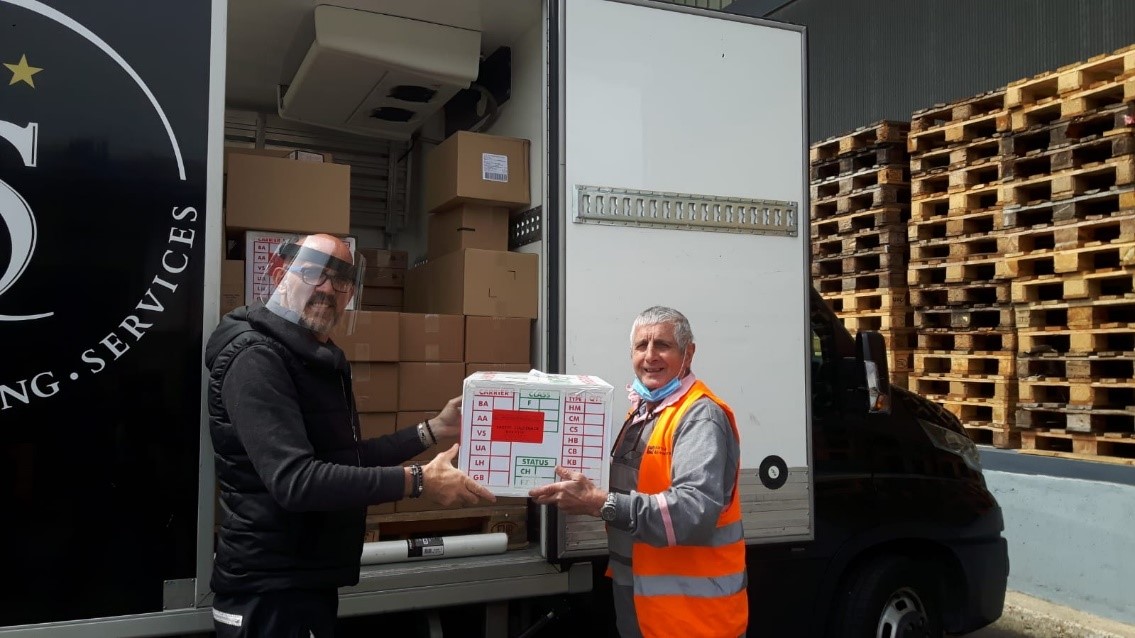 Updates from France during COVID-19 crisis

Since the start of the pandemic, the demand for food aid has exploded across many countries, like in France. And it continues to increase since the end of the lock down. Associations fear that they will not be able to cope.

For people that were already in a difficult situation, the pandemic has been devastating. With the closure of school canteens, families must prepare an additional meal. Some of them chose to fill their fridge rather than pay their rent.

For Jacques Bailet, President of the French Federation of Food Banks, the increase in food insecurity is inevitable, because it is intimately correlated with that of unemployment. The Federation, which supplies 5,400 food associations, has seen demand increase by 25% in the past two months.
“The concern is about summer and back to school” says Jacques Bailet. “During confinement, we were unable to collect fresh food. We therefore had to draw on our stocks of dry food such as canned goods, pasta and rice. We are entering summer with a stock of dry goods less than half of what it was a year ago.”

To cope with the announced crisis, Food Banks are counting on the Fund for European Aid to the Most Deprived, but also on “a massive effort” from the State.

Food Banks are doing everything to avoid rationing – 6 June 2020

More and more mouths to feed. This is the sad observation made by the Food Bank in Pas-de-Calais, France, since the start of the coronavirus crisis. The association, which fights against precariousness, now helps an additional 4,000 people, bringing the total to 37,000.

“During the health crisis, I was dismissed,” says Sophie, for example, who fills her shopping cart during a distribution of Dynamique, one of the 125 partner organization of the Food Bank in Pas-de-Calais. Preserves, yogurts, fruits and vegetables: this new beneficiary now comes twice a week. “A lot of people we didn’t know come to us for help,” says Isabelle, head of the association. “Workers, single-parent families … A lot of temporary workers especially. They really find themselves in misery. It will not get better by going unfortunately.”

At the Food Bank which supplies food to associations, stocks are dwindling. “We do everything to avoid rationing, to reduce the quantities,” says President Christian Condette. “Food aid does not allow a person to live, already.”
The concern is also focused on the Fund for European Aid to the Most Deprived: it ends this year and represents 20% of the food for the Pas-de-Calais Food Bank.

“American Airlines is proud to partner with the European Food Banks Federation, to donate nearly 8,000 kilograms of food to charities in Paris supporting those in need,” said Richard Muise, Director European Operations at American Airlines. “The devastating impact of COVID-19 has affected communities across the globe, and we are honored to be able to play our part in the relief effort“.

Nicolas Dubois, head of the supply and distribution centre of the Food Bank in Paris-Île de France added: “These products were greatly appreciated by everyone, as they were complementary to our usual supplies. Moreover, we are very short on drinks these days, which is quite unusual, so a few pallets of drinks were very welcome!”

The coronavirus epidemic has thrown many people into insecurity overnight. Humanitarian associations in France as in other countries are on the bridge, but they must innovate in the face of an unprecedented situation that is upsetting traditional systems.

All humanitarian associations are seeing people who are coming for the first time asking for help: families affected by partial unemployment; employees working in catering, tourism or events who find themselves without activity; temporary workers who can no longer find assignments; students who have lost their jobs… All of them are forced to resort to food aid.

Behind the associations that distribute food aid in France, there is the Food Banks (Banques Alimentaires), which collect food during the “pick up”: in short, unsold items from large and medium-sized stores are recovered, then the Food Bank distributes this collection between charities which in turn redistribute products to the poor.

“Our role is not to distribute these food products directly,” explains Gérard Bouchot, President of the Banque Alimentaire de Bourgogne. “But, at the start of the COVID-19 crisis, certain associations – deprived of their elderly volunteers and vulnerable to the virus – suspended their distribution activity for some time. This is why we had to distribute food directly to Dijon reception centres and shelters.”

Today, the situation is starting to get stabilized. However, due to the arrival of new beneficiaries, the Food Bank distributes around 10 tons of additional food per week. If for the moment there is no problem of supply, “the wholesaler” of charities is already starting to do the accounts and hopes that the 39 million euros promised by the State for food aid will arrive soon.

“In the meantime, we are takers of financial donations of course, as well as food donations from industries and supermarkets. We are particularly interested in products for babies: formula, small jars …“, adds Gérard Bouchot.