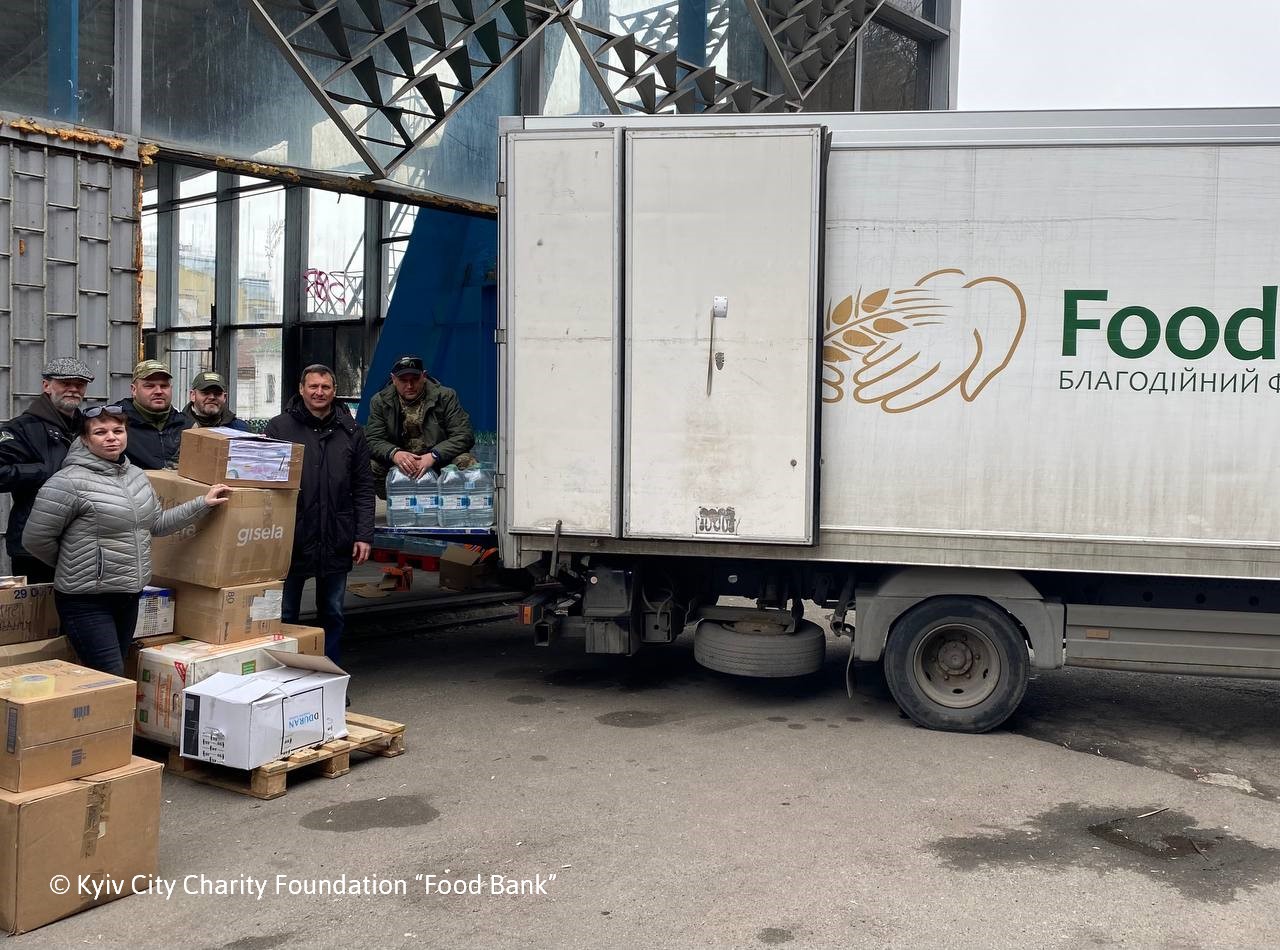 This is an update from the Kyiv City Charity Foundation “Food Bank” received on 7 April.  You can read the previous article here.

How has the activity of KCCF changed in the past weeks ?

During the past weeks, the KFCC operated with the same number of volunteers. The donation platform allowed donations of 450 USD.

How much food have you received and delivered since the outbreak of the war?

In total, since the start of the war, KCCF has redistributed 830 tonnes of humanitarian aid.

240 tonnes came from abroad, among which 180 tonnes were redistributed. The remaining 60 tonnes are kept at the warehouses of Kyiv and L’viv as a stock reserve in case it would be needed. During the past week, about 62 tonnes were received from Portugal, Romania and Poland.

The remaining 650 tonnes of food and non-food products were donated by stores and local producers.

The beneficiaries are mostly people who are fleeing the most suffering areas, civilians in shelters, medical institutions, military people and territorial defence. We continue to serve around 3,000 people daily. In case of deliveries to the institutions like hospitals and orphanages we tried to distribute additional products to give them some reserve.

Logistic, ways to access the most suffering areas remain the main challenge for KCCF. Shortage of the most needed products is also becoming a real issue.