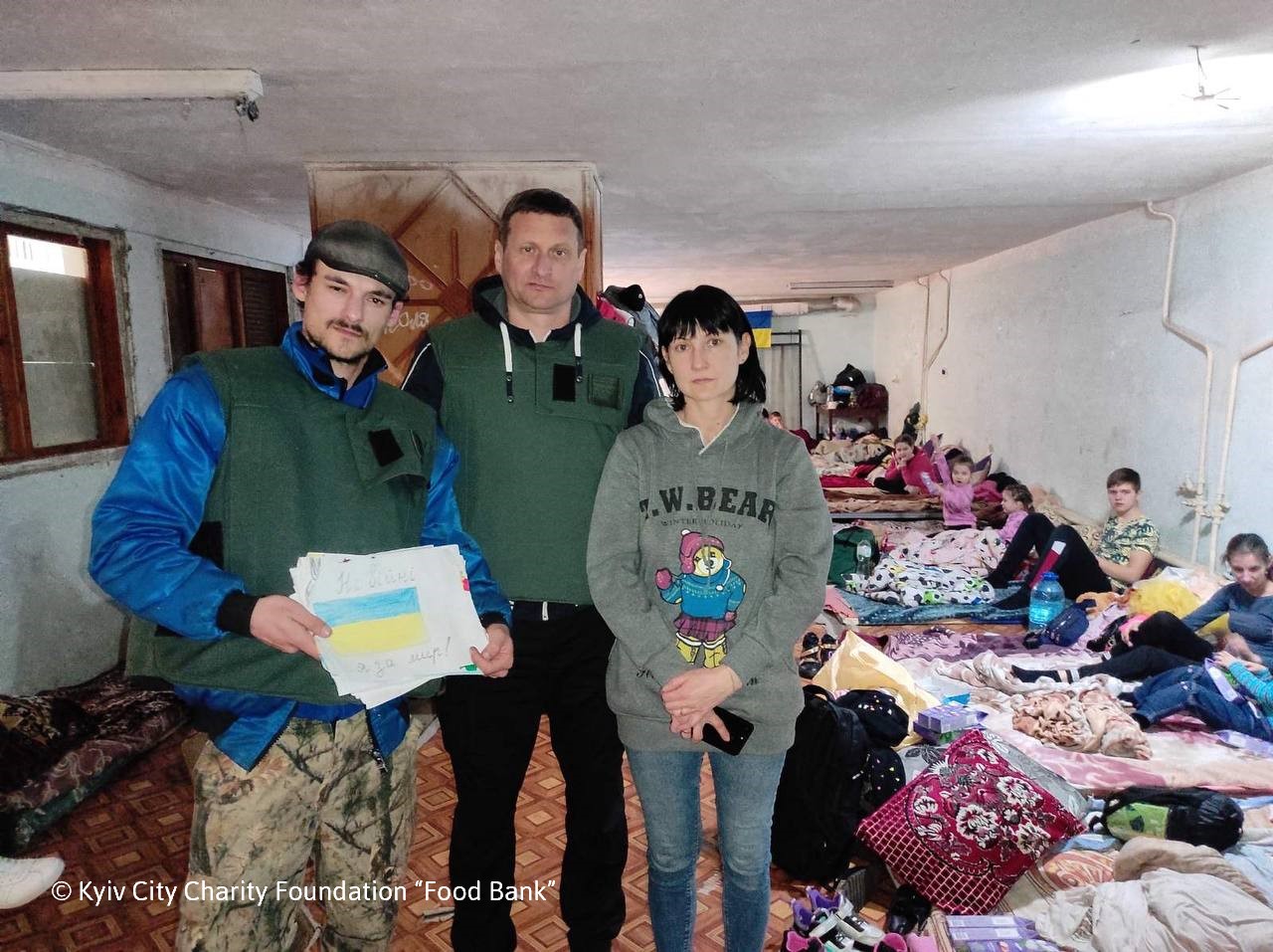 This is an update from the Kyiv City Charity Foundation “Food Bank” on received on 31 March  You can read the previous article here.

How has the activity of KCCF changed in the past week ?

During the past week, we started to implement a technical possibility to donate via the website of the Food Bank. A team of 5 volunteers joined the KCCF Food Bank to develop this new donation platform. See more here.

Last week we could deliver 10 tons of humanitarian aid received from Estonia to Kharkiv, one of the most damaged and isolated cities in Ukraine. Although the operation was risky and insecure, the products were successfully delivered. The fighting in this city continue so food products were essential and very welcomed.

How much food have you delivered last week?

During the past week, we delivered around 80 tons of food and  non-food products, including water. The beneficiaries are mostly people who are fleeing the most suffering areas, civilians in shelters, medical institutions, military people and territorial defence. We continue to serve around 3,000 people daily. In case of deliveries to the institutions like hospitals and orphanages we tried to distribute additional products to give them some reserve.

The majority of food producers have closed production in Ukraine. Donations are then very valuable for us.

One out of two trucks dispatched from Portugal passed the Ukrainian border and is expected to arrive in Lviv on Saturday 2 April.

On top of that, over ten tons of products were received from the factories of Mondelez and HiPP. Both factories are located in Kyiv suburban areas (Chaika and Brovary). Loading and transportation of the products were risky and were done under the constant threat of being shelled. But at the end, sweets, chocolates, baby food and tea were successfully distributed to suffering civilians in Kyiv.

Logistic, ways to access the most suffering areas remain the main challenge for us. Shortage of the most needed products is also becoming a real issue.